Latest Bitcoin data released by Glassnode sheds light on which of the three major markets (US, EU, and Asia) has been behind the recent selling pressure for the crypto.

The latest weekly report from Glassnode comes with data highlighting the price change during the trading hours of the three major markets.

The metric in question measures the cumulative Bitcoin price change during the active trading hours of US/EU/Asia over the period of 30 days.

As the analytics firm explains it, “these metrics provide insight into which geographic areas of the market are leading, or lagging in buy and sell-side pressure, particularly in reaction to fundamental changes in market structure.”

Now, here is a chart that shows the trend during both the US and EU trading hours since the year 2020: 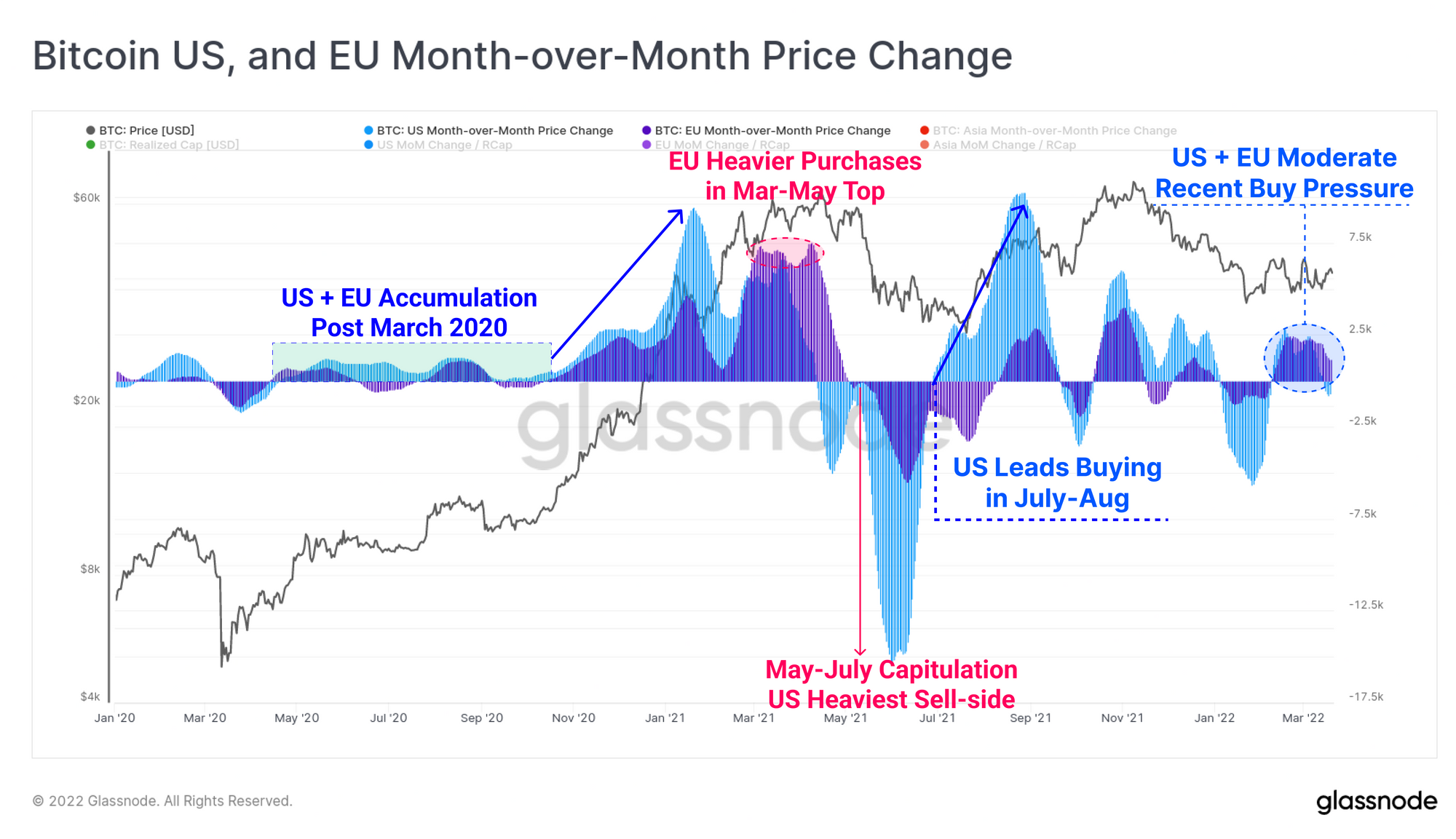 As you can see in the above graph, trends during US and EU trading hours have been pretty similar over the period.

Following March 2020, both the markets had been in a state of accumulation, until the 2021 bull rally neared where investors in both the hours participated in some heavy buying, with EU ramping up a bit later than US.

May-July consolidation saw heavy spending from US, but the market lead buying during July-August, and did considerably more buying than EU.

Most recently, investors from both the trading hours have shown moderate buying pressure. The below chart shows how the price has changed during Asian trading hours over a similar period. 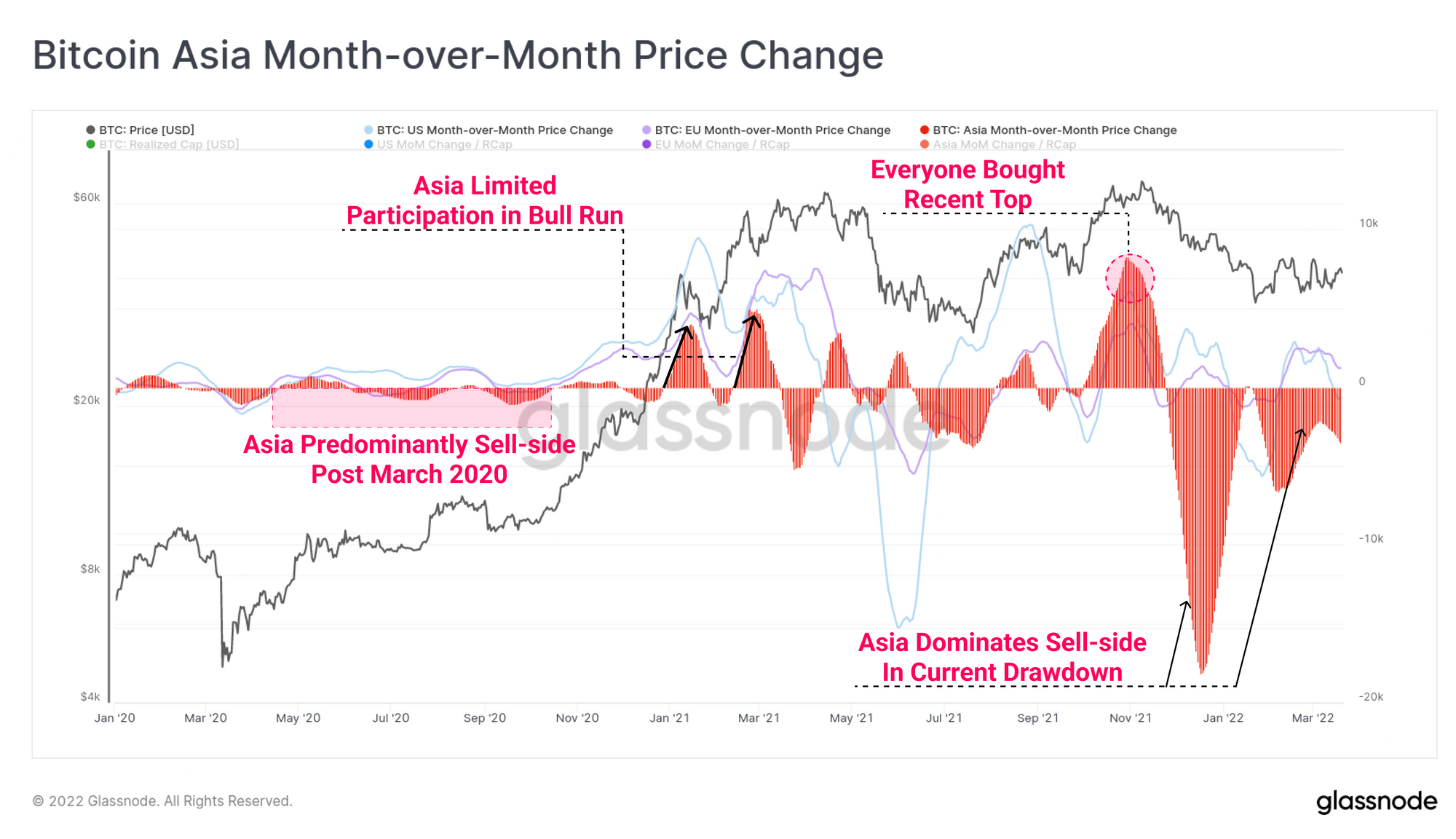 As the graph shows, the behavior from Bitcoin investors in Asia has been pretty different from the other trading hours.

The region was mostly selling post March 2020, while it did some buying during the bull run, although considerably lesser in scale than US and EU.

Asia also did some selling during May-July, but again the magnitude was lesser than the others. Interestingly, investors in these trading hours heavily bought the top during October-November.

Then during the drawdown that followed, Asia heavily dominated the sell-side pressure, and has since continued to spend moderately during recent months.

At the time of writing, Bitcoin’s price floats around $42.8k, up 11% in the past week. Below is a chart that shows the trend in the value of the crypto over the last five days. 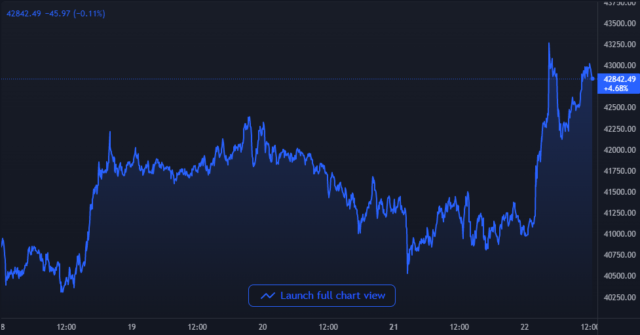 $CVP being a very promising project. With a committed and transparent Team and always delivered what they promised.
I'm comfortabily holding 💃
#Powerpoolcvp 🚀

@altcryptocom Im in the market for more great #altcoins, currently my portfolio only has #Cardano $ADA and one of their high potential #alts called $ADAX

Holding #Bitcoin   is less risky than having none at all 🤔🤔

#stablecoins are not stable; #altcoins are alternative for nothing.