The Bitcoin community hates BitClout with a passion. One of the space’s thought leaders, author and podcaster Robert Breedlove, just mentioned he’ll “be taking a look at it over the next week” and everyone lost their minds. Some thought he was kidnapped, or at least hacked. Others were more cautious and thought the BitClout people paid Breedlove to make that tweet. And in their defense, the wording seems strangely promotional.

Would love to hear what the free market thinks about Bitclout, I'll be taking a look at it over the next week—the first non-#Bitcoin project I've looked at in a while…

Here's the link to the "profile" reserved for me:https://t.co/DAPjw3ngKL

Among the drama, some new facts about the controversial project came to light. As a reminder, Bitcoinist did a preliminary analysis, investigated if it was a scam, and tried to figure out if notorious billionaire Chamath Palihapitiya was behind the whole thing. And now, it’s Robert Breedlove’s time. This one nobody saw coming.

Did Someone Pay Robert Breedlove To Tweet About BitClout?

Let’s be clear here, one of the highly controversial and frankly scammy characteristics of the project is that people have to tweet a link to their BitClout profile in order to claim it. Was Breedlove just doing that? Is that a punishable offense? With that being said, and this is highly suspicious, these accounts tweeted something similar at roughly the same time.

Must be a coincidence… pic.twitter.com/m7TYWnwLs5

When questioned about it, professional investor Ari Paul answered, “My tweet was pretty clearly stated, no?  I’ve been an outspoken critic of bitclout. Have literally never mentioned it except in a critical light, including very clearly in the screenshot above.” The suspicious thing here is, Breedlove’s tweet has the same tone to it. Maybe it’s a coincidence?

In any case, Breedlove denied that they paid him to do so in the following tweet:

No I am not promoting bitclout.

No I am not shilling a shitcoin.

Yes I am looking at a non-#Bitcoin project. Without inquiry, how can anyone make a determination about anything?

“Condemnation without investigation is the height of ignorance.” https://t.co/j242I2KF1R

But half of the Bitcoin community isn’t buying it and is demanding for him to confess his transgressions. The other half gives Breedlove the benefit of the doubt and is anxiously waiting for his BitClout report. Are the Bitcoin maximalists making too much out of this or are they right in their indignation? That’s for you to decide, but consider:

Nevertheless, we’ll wait for Breedlove’s report. He earned that much with his phenomenal work for and about Bitcoin. 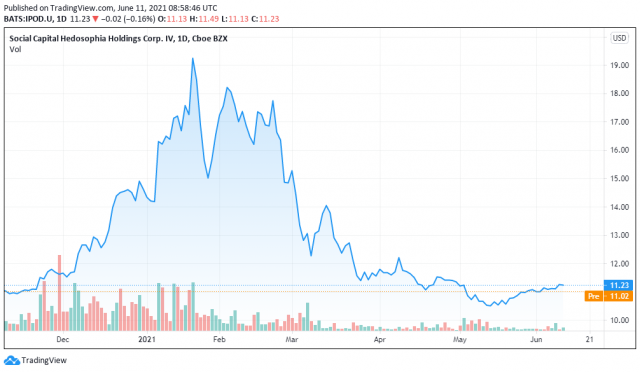 Is Naval Involved In BitClout?

Now, one thing this whole incident revealed is this. Among this very informed crowd, everyone is pretty sure that Nader Al-Naji is Diamondhands. And they take as a fact that Chamath is the money behind the project. Not only that, they’ve uncovered – admittedly circumstantial – evidence that Naval is also involved. Let’s get into that.

There were already rumors circulating that Naval was behind one of BitClout’s main characters, Da5id. We didn’t report on them because we couldn’t find confirmation. Naval’s “creator coin” is suspiciously high in BitClout’s ranking, but his profile is still unclaimed. And he seemed like a nice person in that Joe Rogan interview. However, new information came to light.

Days later, a mysterious force banned him from Naval’s AngelList.

When asked about it, by Nic Carter of all people, Cobain answered: “Yes. I haven’t used AngelList in over a year so I doubt I violated the ToS in any other way.”

Is this undeniable proof that Naval is involved in BitClout? Not even close. But, as with everything around this project, it’s all very suspicious.

Crypto: The Future Of Money@wearecryptoarmy·
2h