Since its inception, the technology that powers cryptocurrencies and their use cases have faced a complex problem. For a public blockchain to be scalable, decentralized, and secure, sacrifices must be made. However, the technology has matured and there are projects that offer a solution to the classic blockchain trilemma. Amongst the most prominent is ABEYCHAIN.

Launched in March 2021, ABEYCHAIN 2.0 (ABEY) is a public blockchain that operates with a double consensus mechanism Proof-of-Work (PoW) and Delegated Proof-of-Stake (DPoS). This hybrid model allows it to offer more advantages and efficiency, in governance and incentives, than conventional blockchains without their trade-offs; it processes transactions fast without compromising its decentralization.

ABEYCHAIN 2.0 is ideal for developers seeking to build dApps on an ecosystem with cross-chain interoperability. The rapid expansion of decentralized finances (DeFi), Non-Fungible Tokens (NFTs), and cryptocurrencies in general as a medium of exchanges into the mainstream has proven that projects require flexibility and interoperability to be sustainable.

Developers with projects and dApps in other blockchains can quickly migrate into ABEYCHAIN 2.0. Thus, this blockchain has gained the attention of a vast community of developers. They seek to leverage its features, its stable gas fees and enter the interconnected ecosystem which offers more opportunities as mass adoption becomes a reality. 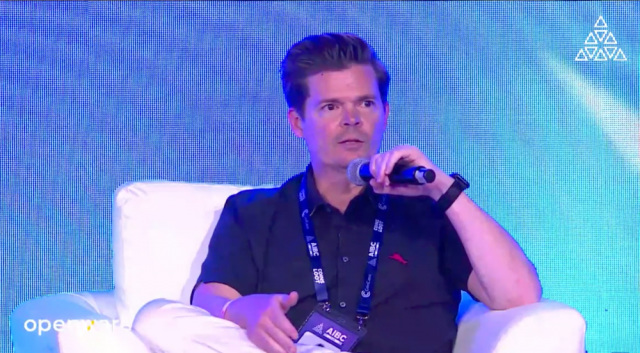 ABEYCHAIN 2.0 uses a DPoS Committee to oversight its PoW node and achieves a high transaction throughput. This hybrid model also benefits from the integration of the fruit chain technology with the POW algorithm to implement the PoW protocol.

Many have criticized the governance model on Bitcoin (BTC), Ethereum (ETH), and other major projects. ABEYCHAIN 2.0 has been designed to follow the principle of fairness. In this way, all users have a voice and power to appoint a node to represent the wishes of the majority.

ABBEYCHAIN 2.0 has a variety of use cases besides interoperability and the possibility of tokenizing assets. These include decentralized exchanges, gaming, lottery, liquidity mining to earn rewards, derivatives trading and a platform on the ABEY DEX called XSwap based on the ABEY 2.0 Wallet. Thus, users can use digital assets as a medium of exchange.

ABBEY will also host an NFT platform, a trend that has attracted a lot of attention for its vast possibilities, and a marketplace with the works of relevant artists of the digital and mainstream sector. With a vast and growing ecosystem, users need a stablecoin to conduct their transactions and avoid volatility risk.  ABEY will issue the aCash Token (ACT) and users will have a stable asset pegged to the U.S. dollar.

No doubt, the ABEY Storage Network has been a use case that has been driving ABEYCHAIN 2.0’s growth since its launch. A more advanced alternative to Filecoin, the ABEY Storage Network is an incentivized platform integrated with the InterPlanetary File System (IPFS) that offers rewards to users mining the token ABEY and the AST token. The latter has a 1:1 parity with FIL, Filecoin’s native token, and users can immediately trade it at an equal price.

ABEY seems to be destined to be part of the next generation of projects that will advance the crypto industry to the next decade and the future. Supported by a community of developers that will use ABEY’s open-source tools to build a new financial system on top of its blockchain.