Bitcoin price today broke out of its long consolidation phase between $58K- $60K to register a new monthly high of $61,276. The price has retraced back to $60,300 at the time of writing as funding rates have started to skyrocket.

Rising funding rates are considered bullish as it becomes more costly to long a Bitcoin contract in the futures market. Bitcoin Futures is currently trading at a 95% annualized premium for the weekly contracts. 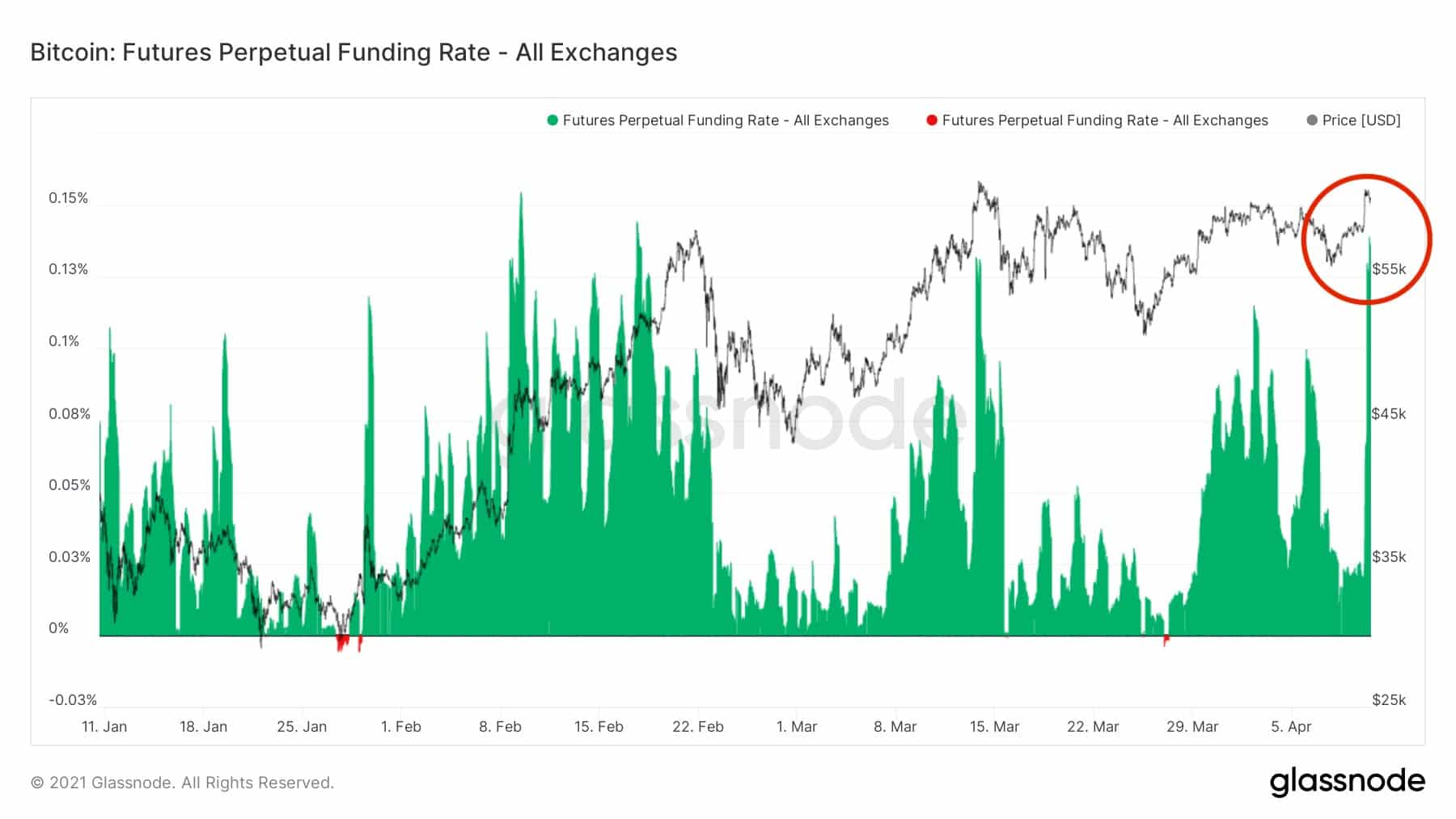 Bitcoin price has been in the consolidation phase ever since reaching its new ATH of $61,683 on March 17 and has been the case this bull season, the top cryptocurrency is trying to retest its previous ATH after 4 weeks of consolidation.

Bitcoin Might Face a Small Retrace Before Eyeing New ATH

The current rising funding rate might lead to a small price retrace before Bitcoin begins the next leg of the bull run. The on-chain metrics are still quite strong for the top cryptocurrency with periodic exchange outflows and decreasing supply of bitcoin on exchanges. This bull season Bitcoin has recorded a new ATH every month followed by a 3-4 week-long consolidation phase. The consolidation phase has gotten longer with every new ATH.

This means it is very expensive to long $BTC in the futures market.

BTC is at 95% annualized premium for weekly contracts.

Markets look bullish but I am personally cautious about a minor flush drop at weekly open, which would be healthy.

The demand and adoption rate has continued to rise in April as well as two new Bitcoin ETF proposals came in. Institutions and financial giants have continued to show their bullishness towards the top cryptocurrency as Goldman Sachs predicted that Bitcoin is replacing gold at a much faster pace than many had expected. While Meitu, a Chinese firm bought another $10M in Bitcoin.